Practicing The Art Of Killing (Characters, Of Course) 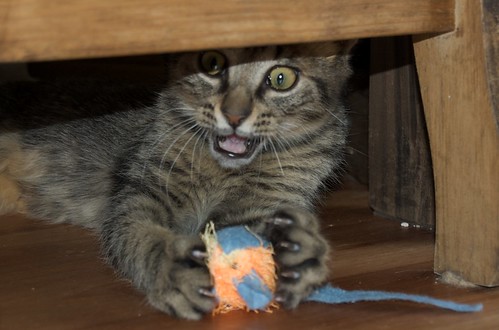 I’m an incurable romantic. My stories would love to stay nice and sweet and full of light. But then, they would end up being a cotton candy and not a story worth telling. So, I stir things up, bring in the evil folk. I rip up the nice and cozy.

Then comes the part where I force myself to go about doing the real nasty stuff. Killing off people.

Did I tell you I hate doing it? Truth be told, I write death scenes like I’m writing with a spider tap-dancing on my head. Really . . . I do.

Way back when, about two years ago, when I was working on my first novel in the Lightbound Saga series, the only death I referenced was one in the past. The character was central and very dear to me, so I was thankful not having it play out on the pages of the book. When the second novel took shape, I knew I had to include deaths, but I could still get away by putting them in the background.

Last year, when I drafted the third, I knew there was no escape. The third in the series would have to be brutal, I had to visit dark places and write about them. Believe me . . . after I completed the first draft, I was exhausted. Terrified of having to read it again, I put the draft away for a while. Only after a month did I gather enough courage to open it up for revisions.

This year has been a little crazy. I’ve been writing like a lunatic, like my brain is possessed by these stories. And as I write more and more, I see myself delving into the dark stuff more easily. I’m not as scared or exhausted or evasive about tackling death scenes anymore.

A day or two ago, I was working on a new novella (upcoming science fiction thriller “The Eternity Prophecies“). I needed a death, a gory death to boot. Worried I was to get to it, but surprise, surprise–I waltzed through.

Was it practice that changed me? That’s the most likely cause. I had killed enough to know how to handle a loss.

That being said, I know I can’t go berserk simply because. I still have to do my due diligence. As in the following–

That’s my checklist on character deaths.

Now that I have conquered one fear, guess I have to move on and try the rest. Next on my list–intimacy scenes.

Yes, you heard that right. That’s something I’ve never written and just the thought that I might fail at it miserably, keeps me from trying it.

Tagged with: author, character death checklist, killing characters, letting them go, serves a purpose, sgbasu, writing, writing is tough
Posted in on my books, on writing